Providing The Professionalism and Attention To Detail You Deserve

Joan Malbrough & Associates, A.P.L.C., is located in Houma, Louisiana, just one block from the 32nd Judicial District Courthouse at the corner of School and Roussell streets. The attorneys, Joan M. Malbrough and Estelle E. Mahoney are seasoned professionals with a combined experience of over sixty years. Our main area of practice is Family Law which includes Divorce, Property Partitions, Child Custody and Visitation, Spousal and Child Support, Adoptions, Prenuptial and Postnuptial Agreements, Interdictions, and other matters families may need assistance with. We also handle Criminal Defense, Expungements, Wills, Successions, Civil Litigation, Corporate and Small Business matters, and personal injury matters such as auto accidents.

The attorneys have extensive trial experience and keep current on the latest trends and changes in Louisiana law by regularly attending professional conferences and continuing legal education seminars on family law. The firm handles difficult cases in the area of family law, which include emotionally sensitive cases and crisis intervention. The attorneys consult with other professionals such as accountants, co-parenting counselors, substance abuse counselors and custody evaluators when needed.

The senior partner in the firm, Joan M. Malbrough, worked as a public defender in Terrebonne Parish from 1994 to 1998. She tried numerous criminal cases before both six and twelve person juries. Since 1992, Ms. Malbrough has represented over 500 clients on criminal matters ranging from DWI to first-degree murder, and is one of only a few attorneys in south Louisiana with this level of criminal defense experience. 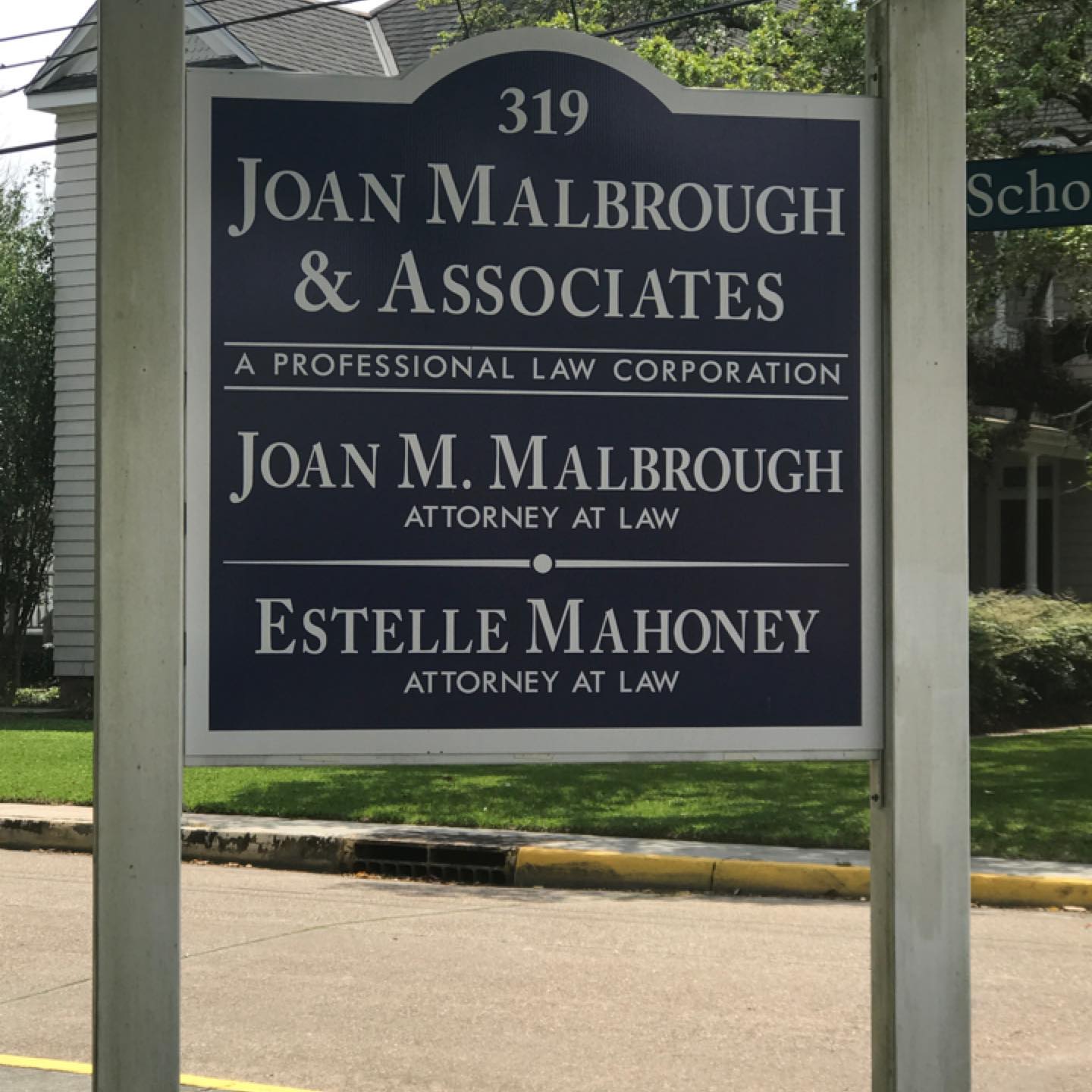 Joan M. Malbrough has served the legal community in South Louisiana since 1992, following her graduation from Mississippi College School of Law. She added her first associate in the summer of 1999. In May of 2011, she hired Donna H. Wright, who later became a partner in the firm, and in January 2017, Estelle E. Mahoney joined the firm. With three attorneys on staff, Malbrough & Wright, A.P.L.C., strives to provide clients with the immediate attention they need and expertise in a variety of areas of legal practice. 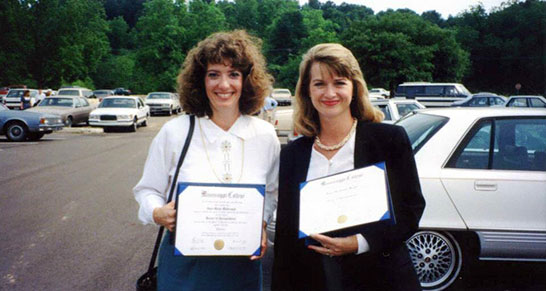 Estelle E. Mahoney graduated from Louisiana State University Law School in 1980, where she earned the Order of the Coif for graduating in the top ten percent of her class.

She has thirty-six years of litigation experience, practicing before courts in Louisiana, Texas and Washington. In addition to her state court licenses, Ms. Mahoney is licensed to practice before the U.S. Supreme Court, the Fifth Circuit Court of Appeal, and the U.S. District Courts for the Eastern, Western and Middle Districts of Louisiana.

The attorneys in the firm practice throughout South Louisiana, including Terrebonne, Lafourche, Assumption, Jefferson and St. Mary Parish District and City courts. Practice is not limited to South Louisiana, however, as all attorneys in the firm are licensed to practice throughout the state of Louisiana in district, city, and federal courts, including the Fifth and Ninth Circuit Courts of Appeal, in addition to North Carolina, and Texas.

Aside from legal experience, the firm prides itself on being community minded. Firm attorneys are active in various civic organizations and projects such as the Houma-Terrebonne Chamber of Commerce and the Kiwanis Club of Houma. The firm was nominated for the Chamber of Commerce Small Business of the Year for 2000 and 2001. Ms. Malbrough also received the prestigious “community service” award from the Terrebonne Parish Bar Association in 2006.

Joan Malbrough & Associates, A.P.L.C., is a unique firm, concentrating on the individual. Our primary goal is to guide our clients during what can be a difficult and stressful experience. Family law, one of the most challenging areas of law, is a large part of our practice. We understand that while achieving a good outcome for our clients is our primary objective, we are also dealing with families and we strive to minimize unnecessary conflict and acrimony.

We take difficult criminal defense cases, as we believe that every individual has a constitutional right to competent legal representation when faced with criminal prosecution. We do not discriminate based on perceived guilt or innocence. We do our very best for all our clients and pride ourselves on being knowledgeable and professional.

How Can We Help You?

In order to help you quickly, please fill out the form and click “submit”.